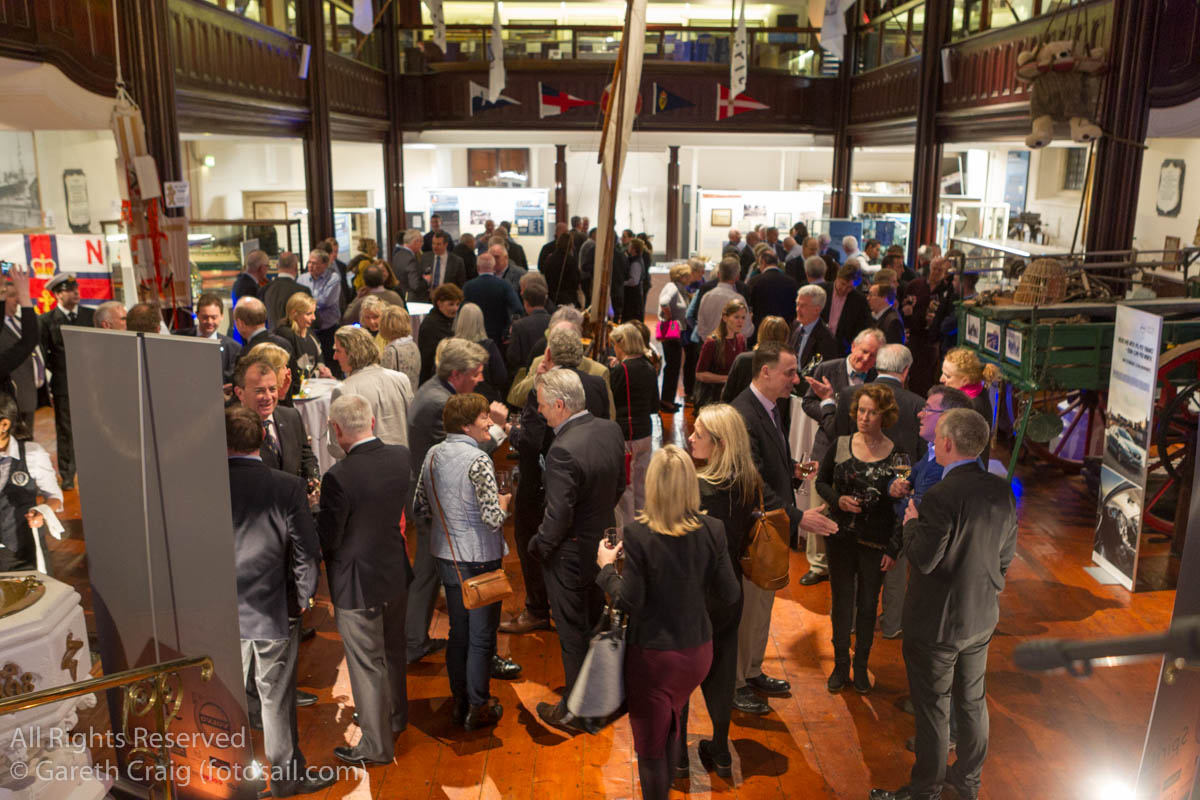 Speaking in advance of the launch event, David Lovegrove, President, Irish Sailing Association (ISA) said “The VDLR is now firmly established in Ireland’s major sporting calendar and is the biggest participant sporting event in the country, after the city marathons. We are also proud that the VDLR continues to grow and build upon Ireland’s international reputation as a quality sports and sailing destination and cements Ireland’s reputation as a location for a major international regatta. In addition, local area businesses will benefit considerably from the influx of visitors as they enjoy the superb sailing action in Dublin Bay and a fantastic array of family oriented activities that have been set up on shore.”

The key classes of yachts that will attract the most attention and competition during the Regatta will be the IRC Class 0, Class 1, Class 2, Class 3 and the IRC Offshore Class, who all, already have strong noteworthy entries. In addition, other ‘one design’ classes will include the Beneteau 31.7s, Beneteau 211, Sigma 33, Ruffian 23s, Dragon, RS Elite and the Shipman 28. The dinghy classes will include the GP14, Wayfarer, Squib, Mermaid, Flying Fifteen, Fireball, and single-handed Lasers and Moths.

Most notably this year there will be a Classics division in VDLR 2017 comprising a ‘Kingstown 200’ Anniversary Cup as part of the Dun Laoghaire Harbour Bicentenary Festival from 6th to 9th July 2017. A monument on the Dun Laoghaire sea front commemorates the first stone of the eastern pier laid by his Excellency Charles Earl Whitworth Lord Lieutenant General and General Governor of Ireland  on 31st May 1817,  and the visit of King George IV in 1821 (Asylum Harbour of Dunleary was named Kingstown in 1821 and renamed Dun Laoghaire in 1920).

Also speaking in advance of the launch event, Tim Goodbody, Chairman, VDLR 2017 said “The VDLR owes its prominence in European sailing events to a number of factors. One of the core attributes to attracting so many entrants is that it is one of the least expensive sailing events in Europe, thanks to generous sponsorship and support, so providing great value for money for all in the lovely waters of Dublin Bay. We also have more than 300 volunteers who give their time and energy to ensure the regatta runs smoothly, as well as the active cooperation of local area businesses and the Dun Laoghaire-Rathdown County Council.  And of course the support from the thousands of visitors who come to watch the spectacle and take part in all the family oriented activities in and around Dun Laoghaire.”

“In addition the Regatta brings a significant amount to the local economy. Using the Irish tourism multiplier, the average expenditure per competitor will be €60 per day which for 2,500 competitors will be €150,000 per day and €600,000 for the four day event” added Tim Goodbody.

The VDLR is kindly supported by