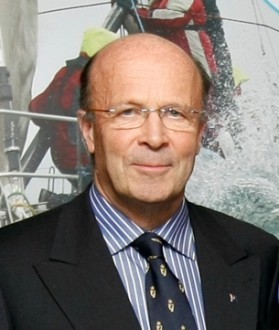 On behalf of the “four Waterfront Clubs” I have great pleasure in inviting you to join us for the Volvo Dun Laoghaire Regatta 2015 for great racing and a lively social scene with a festival atmosphere and fun for all ashore. We are following our well proven format of four days of racing commencing on the afternoon of Thursday 9th, and finishing Sunday afternoon 12th July.

We appreciate the continuing sponsorship of our Title Sponsors Volvo Car Ireland and Spirit Motor Group, along with many “Premium” sponsors without whose support we could not run this regatta. The host clubs look forward to welcoming back many old friends from previous regattas as well as “first timers” to Dun Laoghaire.

Our organising committee have taken on board the valuable feed-back from our 2013 regatta and are working hard to ensure an even more successful event for 2015.

Feeder races will be organised from Scotland, Northern Ireland, Wales and the West coast of England, with free berthing for the duration of the regatta. At this early stage we are hosting the following events which will be part of the Volvo Dun Laoghaire Regatta 2015

We look forward to welcoming you, your crews and “camp followers” to Dun Laoghaire next July and we wish you a very enjoyable time.