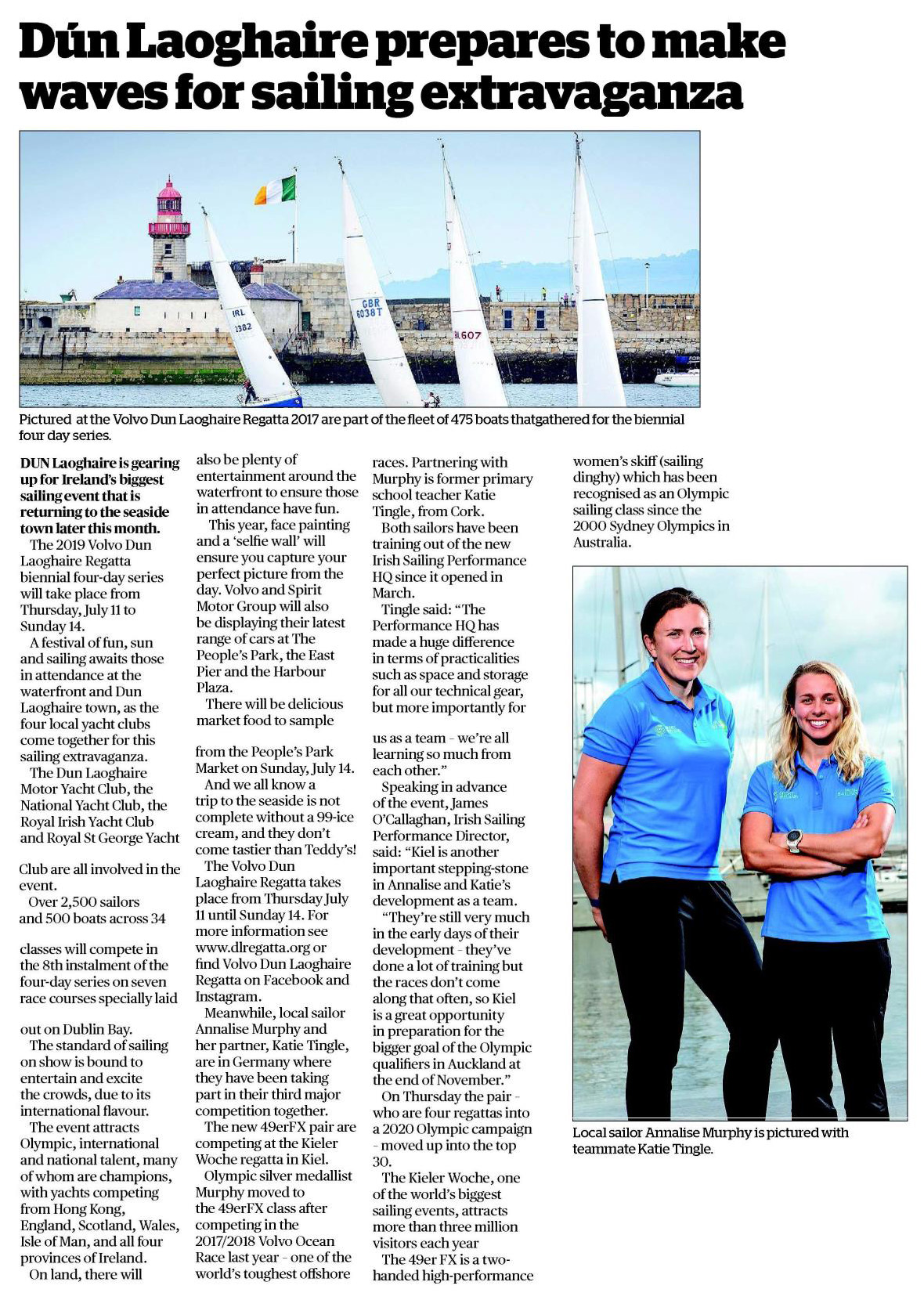 DUN Laoghaire is gearing up for Ireland’s biggest sailing event that is returning to the seaside town later this month. The 2019 Volvo Dun Laoghaire Regatta biennial four-day series will take place from Thursday, July 11 to Sunday 14.

Over 2,500 sailors and 500 boats across 34 classes will compete in the 8th instalment of the four-day series on seven race courses specially laid out on Dublin Bay. The standard of sailing on show is bound to entertain and excite the crowds, due to its international flavour. The event attracts Olympic, international and national talent, many of whom are champions, with yachts competing from Hong Kong, England, Scotland, Wales, Isle of Man, and all four provinces of Ireland. On land, there will also be plenty of entertainment around the waterfront to ensure those in attendance have fun.

This year, face painting and a ‘selfie wall’ will ensure you capture your perfect picture from the day. Volvo and Spirit Motor Group will also be displaying their latest range of cars at The People’s Park, the East Pier and the Harbour Plaza. There will be delicious market food to sample from the People’s Park Market on Sunday, July 14. And we all know a trip to the seaside is not complete without a 99-ice cream, and they don’t come tastier than Teddy’s!